Have You Visited the Governor's Mansion?

I grew up with the idea that a governor's mansion is supposed to be opulent and grand...maybe even a little bit over the top.  In Iowa the governor's mansion even has a name! Adding to the grandeur, Terrace Hill sits high upon a hill and it's red brick exterior stands out boldly from all its surrounding trees.  Because of that, I've looked at my husband rather peculiarly several times when I've asked where the Utah governor's mansion is and he tells me he has no idea.  How can you not where the Governor's Mansion is?  Turns out, I've driven by it dozens of times and had no idea! 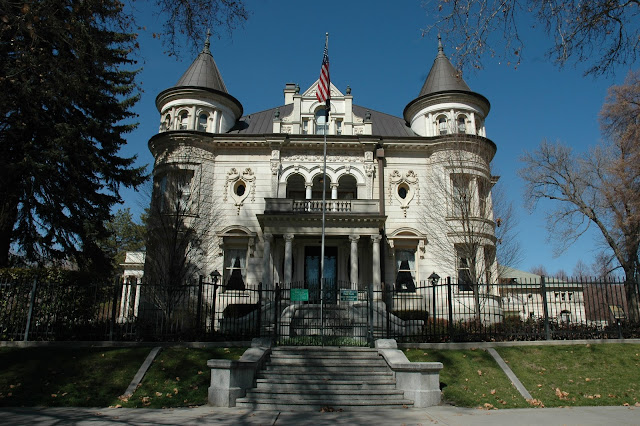 Utah's Governor's Mansion is located on one of Salt Lake City's main downtown streets and surrounded by other beautiful homes (many turned into offices) and tree-lined streets.  I literally used to live only a few blocks further to the east.  There is no big sign announcing it's presence, and even now that I know, I probably never would have guessed.

In Iowa you can tour Terrace Hill and it's a very popular thing to do.  Having never heard of anyone here doing such a thing, I've assumed that was not a possibility.  This week I had the great privilege to attend a blog luncheon with Mrs. Gary Herbert, Utah's First Lady, in the mansion, and was very grateful for the opportunity to take a look inside.  I was glad to discover that Utah's Governor's Mansion is as grand and beautiful as I'd expected it to be. 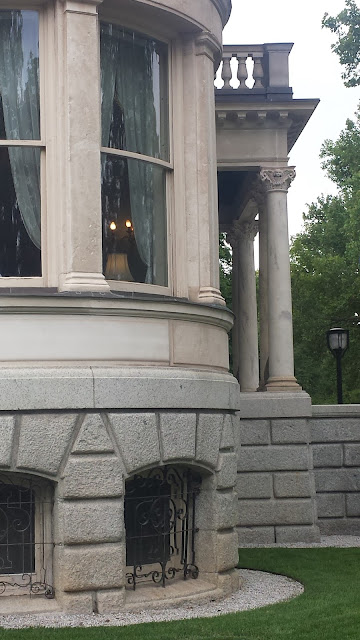 Built by the Kearns family in the early 1900's, the Governor's Mansion is decorated fully in a Victorian style.  The main floor includes 3 parlors, a Grand Hall, offices, and a formal dining room. 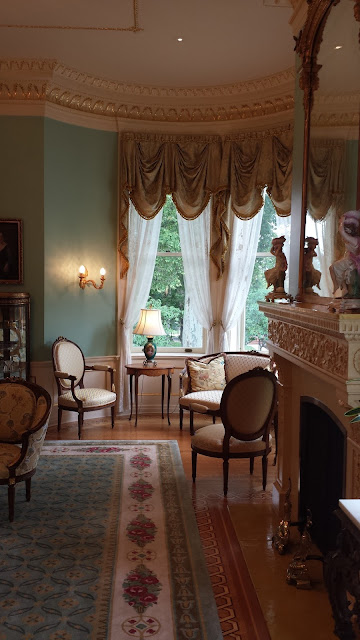 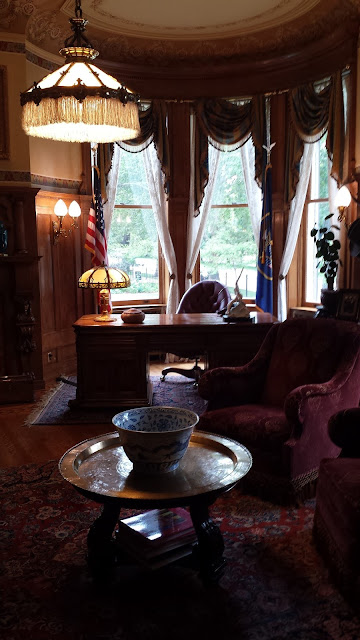 The wooden 3-story staircase is hand-carved and focus is drawn straight to a gold leaf enameled dome at the top. 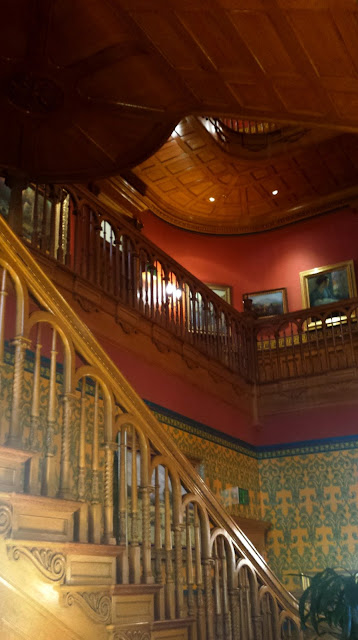 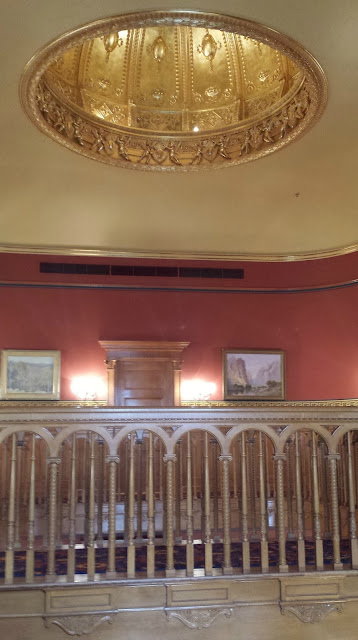 The incredible thing I've learned in researching more about the Governor's Mansion is that it was almost entirely gutted after a fire in 1993.  Walking through I was easily convinced the decor was original, but in fact, from top to bottom it was painstakingly restored using 100 year old construction techniques and through careful studying of historic photographs.  All the plasterwork, all the wood carving, all the painting.  Restored back to it's original Victorian greatness.

Moving on upstairs, the current governor and his family live on the 2nd floor and the third floor houses a ballroom, where we had our actual luncheon.  Even with all the rooms, and all the stairs, and all the paintings, and fireplaces, and hand-painted wallpaper, and fancy fixtures, this house feels modestly understated.  As much as a person can pass outside and not recognize, the inside maintains a quiet and simple elegance that makes it easy to believe the family living there is down-to-earth and humble like me.

Touring Utah's Governor's Mansion has deepened my appreciation for the history of my adopted home state.  And guess what I've discovered?  The mansion here is open for public tours just like Terrace Hill is Iowa!  Be sure to read below for more information, and let me know what you think when you go!

Have your visited your state's governor's mansion?