This park is absolutely amazing!  As remote and inaccessible as lands protected by national treaty should be.  There is only one road in and out.  On that road, the first 5 miles contain all of the visitor centers, transportation hubs, and interpretive information.  The first 15 miles are paved and open for the public to drive.  After that, the remaining 75 miles of road are dirt and closed to anything but park service vehicles.  If you want to go further, you have to be willing to tour on one of those.

Don't let the limited access turn you away, though.  There are nearly as many things to do in and around Denali National Park as there are square miles in the park.  Of course you can sit on the 4-6 hour park bus tour (and I'm definitely not saying that you shouldn't), but also know that there are as many things to do here as you want to make the time for. (Denali National Park is actually where I met my husband, so I guess there's that to start with if you're in the market...)  I want to share three of my favorite (free) park activities with you today... 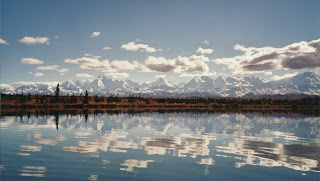 If you're going to endure the bumpy, dusty bus ride into the park, my opinion is you may as well go all the way.  Located at mile 85 of the park road, you can expect a good the ride to take all day and you will need to stay overnight once you're out there.  There is a perfectly adequate campground next to the lake or you can be adventurous and wander off back-country style.

Whatever you decide, you are NOT going to regret making it all the way out there.  The views of Mt. McKinley are breath-stopping (the top photo is taken from there) and nowhere else on the planet have I experienced such a true sense of wilderness untouched by human hand.  Absolutely incredible!  But do prepare yourself-the joke about mosquitoes being the Alaska state bird will take on a serious new meaning! 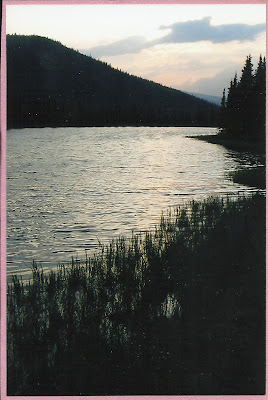 Technically, the Triple Lakes Trail starts outside of Denali National Park, but just barely outside and you're going to end up at the train station which is very much inside the park.  Catch a ride to the trail head marker on the side of the highway south of the park entrance and you're good to go. You probably can make this trip in one day, but it is such a beautiful journey and looks so completely new in the changing shades of sun throughout the day and night.

Yes, there are three lakes (or ponds), so pick your favorite one to set up camp and have a peaceful night of sleep listening to the water softly lap the shores.  One thing to look forward to?  Getting off the trail and back to civilization might include crossing an active train bridge "Stand By Me" style.  Timing the end of your hike might be kind of important. 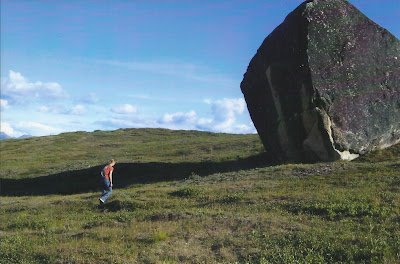 This hike is absolutely unbelievable!  Situated well within the 15-mile public driving area, these monstrous boulders can be seen from the road as small little rocks off on the horizon.  Left behind millions of years ago as glaciers moved forward and back, they look entirely out of place atop the rolling tundra hills where they lie.

There is no marked trail, so you will need to talk to someone in the area that looks like they may have been bored enough one to head off towards them one day.  And when you start it's going to look like an easy stroll ahead of you.  Trust me, you're going to be wrong!  Hiking over the tundra is an aerobic workout as you sink in and step out over and over again for hours.  It's like walking on an earth-size sponge.  And, as if the terrain weren't enough, this hike is rapt with false endings as you celebrate making it to the top of a hill only to see yet another one off in the distance.  But, if pure grit and determination can conquer fatigue and taunting, the payoff is worth it's weight in, well, these multi-ton rocks.

Has Denali National Park been on your list of must-see places?
What is the most remote national park you've been to?

More Information
Denali National Park is located
6 hours north of Anchorage
or 2 hours south of Fairbanks.
The drive there is beautiful, but if you can arrive by train,
I would totally recommend it!

There are a plethora of hotels, restaurants,
and shops just outside the entrance to the park.
If you're looking for a bit of luxury in the wilderness,
my heart and working roots are at the Denali Princess Wilderness Lodge.
Find a surprising fresh/organic menu at 229 Parks Restaurant & Tavern
Find my all-time favorite Bleu Cheese Dressing at the Perch Restaurant.

Obviously, the main attraction
in Denali National Park is Mt. McKinley,
but be prepared not to see her.
At 20,300 feet, the mountain creates it's own weather patterns
and is often clouded in.
Oftentimes the best views can actually be seen
at Denali State Park,
approximately 100 miles south of the National Park Entrance.

If there is  any place on Earth I would recommend taking a guided tour,
Denali National Park is the place.
Helicopter or fixed wing flights will take you out
over the glaciers and even over the top of the mountain itself.
Land on a glacier if you want to. It's definitely going to be worthwhile.

When should you go?
June, July, and August: mid-60's and 70's but prepare for rain showers any day
May & September: The snow either hasn't melted
or has already started falling,
but this will be an Alaska a lot of people never see.
In September, especially, watch for the Northern Lights.

Want to really experience it like a local?
Enter the Park Road Lottery.
For a few days in September the park road is open
all the way for personal vehicles to drive in as far as they can make it.
It turns in to one big Alaskan party!

Is it obvious how much I love Denali National Park and the great state it's in?
If you have any questions, I would be more than happy to tell you what I know!
Email ThisBlogThis!Share to TwitterShare to FacebookShare to Pinterest