Utah's Mountain Letters: The Bountiful "B"

It was our pleasure to work with
Max ATV Rentals for this sponsored adventure.

We love hiking to Utah's mountain letters!  As we've ventured out exploring more and more of them, we've discovered two interesting things.


Both of these observations apply to the Bountiful "B". 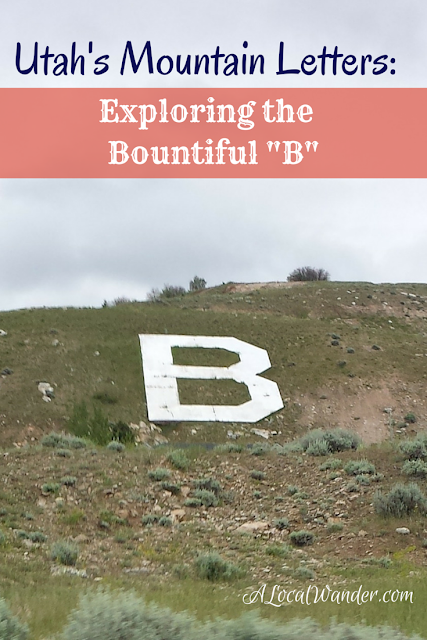 Our trip to the "B" was part of a recent opportunity to borrow an ATV for the day. Max ATV Rentals gave us great instructions on getting from their shop to the Farmington/Bountiful Skyline Trail and made sure we understood that after we'd driven there, we should stay on the paved trail in front of the "B".  They repeated that many times.  With the ATV, stay in front of the "B".  Just to clarify a few more times, they threw in a few, "As a beginner, you definitely will not want to go up behind the "B". We tried to follow those directions...we really tried... 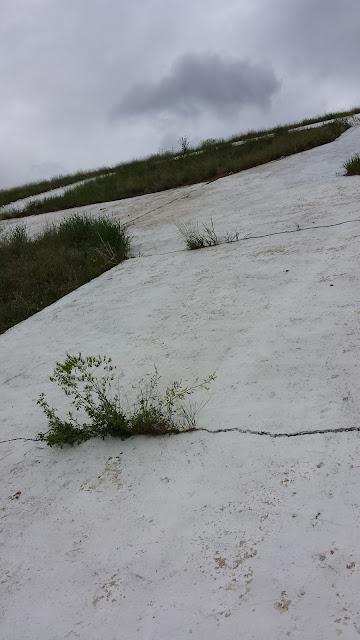 Bountiful's large concrete white letter is located literally in a neighborhood backyard...the climb is about 4 steps off the roadway. The "B" is tall and the dirt path around the side is steep.  Of course it was raining when we were there, so it also was slippery.  My husband, B, & P made it to the top, but I decided I just wasn't up for slipping and sliding that day.  They went up, across, and came back down.  They were very happy, and we continued on with our day of backcountry exploring.

Following further along on the road that separates the "B" from backyards, we sped higher and higher up into a beautiful fog-filled forest.  The views at every turn were breathtaking. So many bays and inlets branching off of the Great Salt Lake!  On the way up we stuck to the paved motorized vehicle trail as far as we could go.  Although the Farmington/Bountiful Skyline Trail opens up in dozens of different directions when you get to the top of the mountain, we were there before the snow had melted and were turned around by a locked and closed gate.  We'll definitely have to go back and explore what's back there some day. 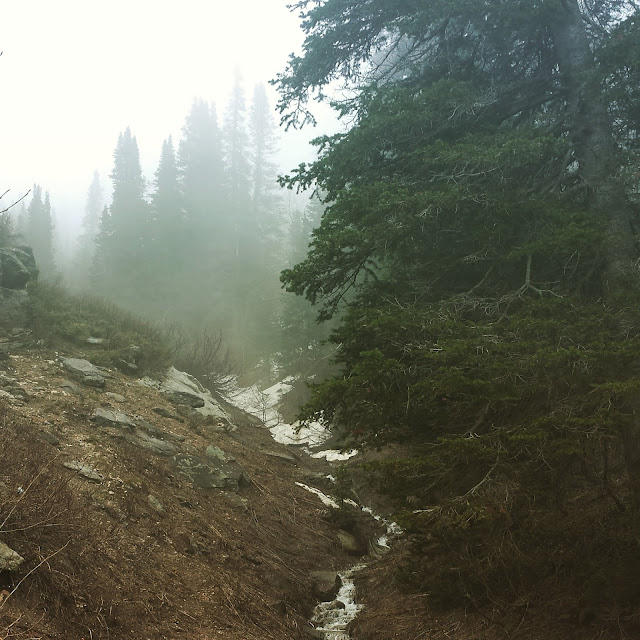 Coming back down, we decided to get a little more adventurous.  Afterall, we were on a monstrous ATV that could handle some mud and bouncing around.  Having driven most of the way up, I moved into the backseat and let my husband take the wheel.  Almost immediately, he turned us off the main road and onto a puddle-riddled, tree branch covered dirt trail.  He skillfully crawled over mini boulders and maneuvered some tight turns.  Then it got scary.

We thought we'd find an easy cut-off back to the main road, but one never materialized.  Two times we stopped to consider backtracking the scary trail we'd already covered rather than moving further into scary terrain we hadn't yet seen.  Two times my husband got out and ran ahead to try to assure me we would make it.  He didn't feel comfortable turning around.  He couldn't tell me it wasn't going to get more challenging.  B & P thought for sure we were going to die.  We kept moving on. 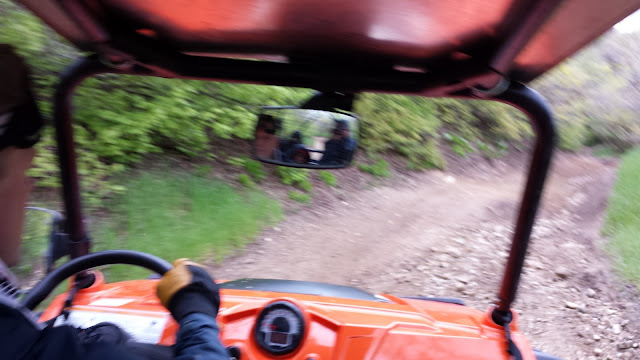 We never did find the road.  We did find an open meadow and could see the road...way over there! And then it hit us.  After following directions to the letter, we'd gone up the trail in front of it, and now were coming down directly behind it!  The kids and I had had enough.  We opted to walk the last little bit while my husband strategically bounded down the rest of the hill.  As often happens, by that point we'd covered the scariest ground, but I was glad to give him the freedom to skillfully drive himself down the gully. He didn't hesitate to show-off with a good manly gun through a mudpit before picking us back up at the bottom.  Then, without humility, we grinned at the dirt bikers staring disbelievingly as we passed by grinning and waving. 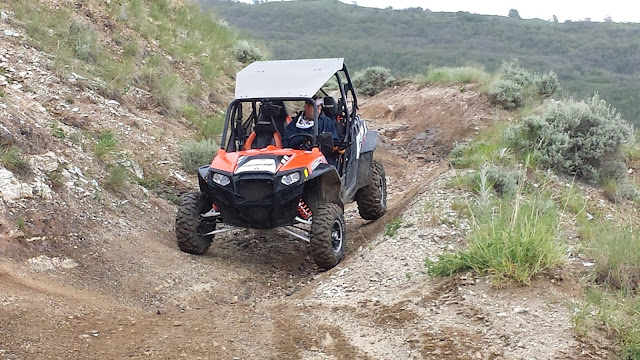 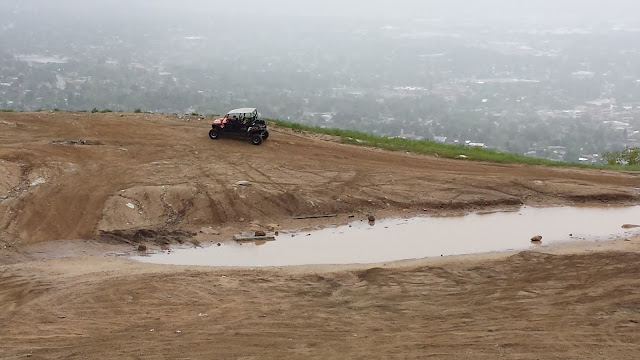 We made it to another of Utah's mountain letters.  We  hiked  the Bountiful "B", and then we rode it. It was an exhilarating way to spend a rainy spring day in Utah. It would be worth doing again, and next time we won't be beginners, so surely the "behind the B" road won't be as hair-raising...surely...?

Directions to the Bountiful "B"
Taking I-15 exit 317, follow 400 N east up the hill.
Be sure to stay right all the way until you get to 1300 E.
Turn left & follow the road around until reaching Eagle Ridge Drive.
Look for the dirt parking lot,  It'll be a short walk from there.
Wave at the neighbors if they're in their backyard!

Want to rent an ATV?
We had a great experience with Max ATV Rentals in Centerville!
Check out their large range of off-road vehicles.
Pick-up and delivery available in the area.
Great prices for a day or a week!

Take note that when we visited the "B",
there was quite a bit of old electrical debris laying around
It didn't seem dangerous, but was cumbersome to climb around.
Email ThisBlogThis!Share to TwitterShare to FacebookShare to Pinterest
Newer Post Older Post Home