This was a sponsored activity.
I was asked to share my honest experiences. 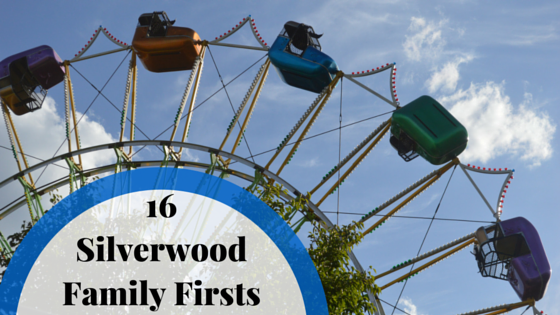 Visiting Silverwood Theme Park was a brand new experience for our family. We are not a tourism-destination family. We adventure on dirt paths and spend our nights out under the stars. Nonetheless, when a northern road-trip opportunity presented itself, I jumped at the chance to pack our bags and start driving to Couer d'Alene. With my mom and cute niece along with us, 2 full days of amusement park fun brought a full range of family first experiences...

Our Firsts at Silverwood
1. Our first adventure was riding the train. An authentic steam engine chugged us out into the Idaho evergreen forest where Bigfoot lurked and a posse of bandits staged a robbery. B & P BELIEVE it was a dangerous & harrowing ride.

2. The Tilt-a-whirl: All 7 of us jumped on the first ride we saw. Only after Grandma was spinning in one car, and the babies were sliding around with me in another car did we think about maybe talking about what our stomachs and nerves could handle.

4. The kids got to drive their very first cars. I had to step on P's foot to get his to go, but, surprisingly, he was having so much fun he forgot to scream at me.

5. We forgot to first count heads, then move onto the next attraction. Which led to me frantically calling my niece out of line to watch the babies while Grandma and I ran around praying to be the first one to find a wandered off P.

6. My niece and I had our first experience with zero gravity as the Round-Up spun us in circles both vertically and horizontally. I LOVED it! She walked off dizzy and feeling queasy.

7. B was being so brave that it caught me off-guard when he refused to get on a his first wooden roller coaster. My niece rode the Tremors her first time alone. When I rode with her later, the first tunnel convinced me I was going to die. It was the first time I told B he was smart to not ride that ride. 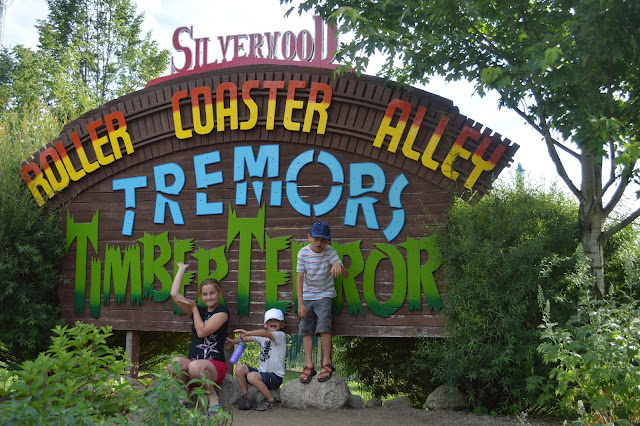 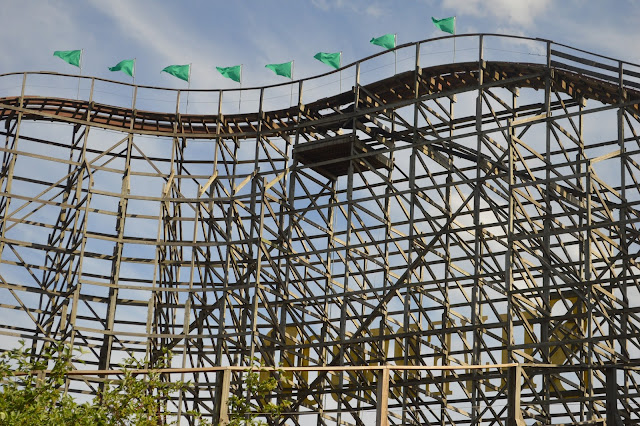 8. Wanting to get wet, we all loaded on to the Log Flume. It was exciting to take the babies on their first roller coaster ride.

9. Our first treats were ice cream cones larger than our heads.

10. We were not the first to leave-is anything more cool to kids than shutting down the theme park?

Our Firsts at Boulder Beach
11. Having a mother's helper here was the first time we used a divide and conquer tactic. Grandma and the babies played in Polliwog Park while the rest of us went on water slides. 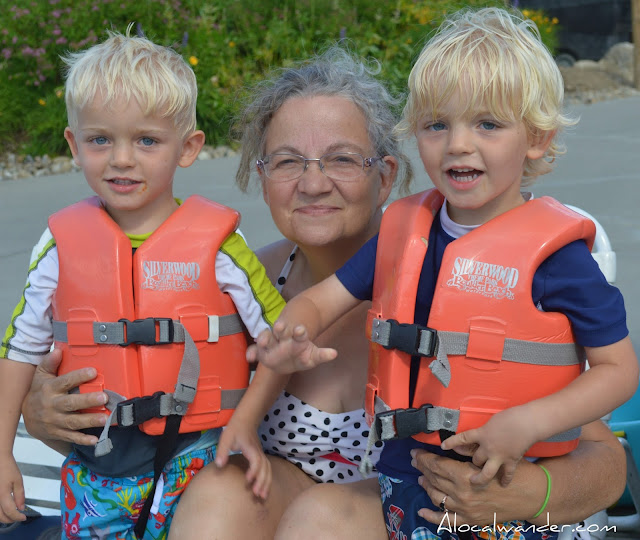 12. At first it was fun to see P loving to float around Elkhorn Creek. Getting bored first, I was eternally grateful for a cousin who didn't mind going around with him again...and again...

14. B & I both rode our first open air water slides. Having 4 slides starting on the same platform, it was fun to get on at the same time, and race each other to the bottom.

15. My niece was the first and only one of us to hurtle herself 55mph downhill on Velocity Peak. 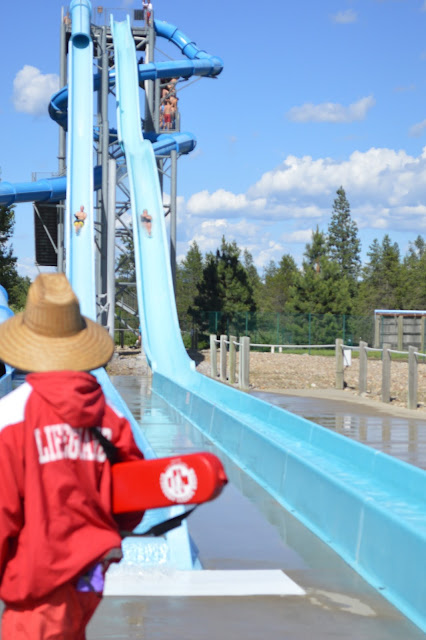 16. For the first time ever, there wasn't any whining accompanying the "One last time..." warning.

After two full days of non-stop amusement park fun, we were happy! We easily could have spent another day or even two, but no one left feeling like they'd missed anything. We'd spent quality family time together in a new way, and it was rewarding. The drive back home was long, but we made it smiling and now a month later the boys are still telling me Silverwood and Boulder Beach were their favorite days of summer!

Read here about the first half of our week at Triple Play Resort & Suites?