FLIGHT at the Leonardo #readytoliftoff

There are museums I particularly remember from my travels around the world. The Van Gogh Museum in the Netherlands was my first fine art museum. The National Museum of Nuclear Science & History in Albuquerque completely disturbed me. The Smithsonian's National Air and Space Museum captured my attention so raptly that I had to be shooed out at closing time. Each has in common the element that they awakened a deep-seeded awe within me, teaching me new and important things. The Leonardo Museum, right here in Salt Lake City, also arouses that within me. 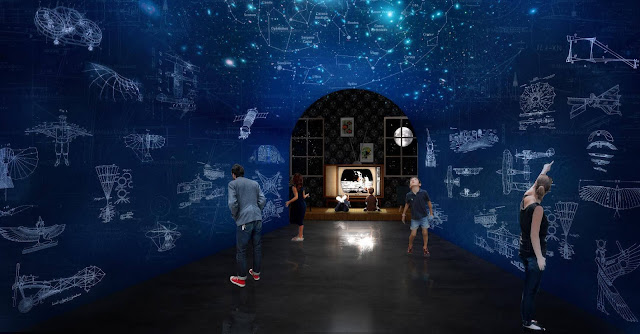 Taking inspiration from the great Leonardo DaVinci himself, The Leonardo is designed to be an immensely hands-on place to explore science, creativity, and the imagination's possibilities. While in the past they have been a premier venue for extraordinary traveling exhibits (Mummies of the World, Body Worlds, etc), this summer brings the introduction of their first semi-permanent exhibit, curated from beginning to end by The Leonardo itself. Opening in August FLIGHT is going to excite the whole family!

At it's core, FLIGHT is an interactive exhibit exploring the history, science, and innovation of the industry of flight. It will include:

What Do I Need To Know?

FLIGHT opens in August and will be housed at the museum for the next several years. It is going to be an incredible addition for the state of Utah. The Leonardo has painstakingly invested time and resources to provide us this outlet for learning and dreaming. To complete their final push towards opening, they have created a Generosity campaign through Indiegogo and are asking for our help. If this is an exhibit you would want to bring your kids, or take a field trip, or include in your vacation plans, please consider donating in one of the these amounts:
Important to note: Donating to the campaign is the BEST way to get discounted admission to the FLIGHT exhibit. Once the campaign has ended and the exhibits open, tickets will be listed at The Leonardo's normal pricing.
The Leonard Museum is truly a gem in Salt Lake City. FLIGHT will be their crown jewel. Interested in learning more and donating? Follow the links below...

Ready For Take Off
(The Leonardo Blog)